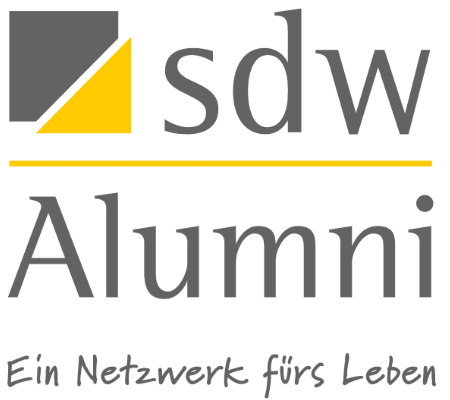 Who has the best chance of getting humanity through the increasingly hot, crowded, and resource-constrained 21st century? The free-market model with limited government or a state willing and able to intervene in the economy? What do we need in Germany?

Chandran Nair, the founder and CEO of the Global Institute For Tomorrow, argues in his controversial book The Sustainable State: The Future of Government, Economy and Society that, whether you like it or not, a strong, sustainable state is crucial. It is the prerequisite for everything and is probably the most underrated leverage point for having the biggest positive impact today. Nair says that the state is the social institution with the best combination of authority, accountability, and legitimacy. To be clear, strong states are not great in the sense of their militaries, but rather in the sense of this holy trinity. Examples include China after Mao, Vietnam after the war, and Roosevelt’s America with the New Deal following the Great Depression. These strong states lifted people out of poverty in staggering numbers and were able to actually think and act for the long term. Vietnam even managed to do this while keeping its per-capita footprint very low.

Nair's narrative of stable and strong states is very charming – even if it leaves many people wondering and somewhat doubtful. Bhutan, the world's first carbon-neutral country, is a good example of an environmentally strong state, but how replicable is their gross national happiness model? How can strong and sustainable states become the “new normal”? How many of these stable states will also be visionary about the environment, not just poverty? And how on earth will a country like Germany ever get there? Nair writes his book to inspire leaders in the developing world to take a different path than we are - but what does that mean for us in Germany?

In Germany, we are seeing a rise of the Green Party and the Free Democratic Party (FDP) right now, in the year of the parliamentary elections for the Bundestag. To achieve the goals of the Paris climate protection agreement, both parties want to reduce CO2 emissions, for example.

According to the FDP, it is not the state that should decide how to achieve the savings target, but citizens and companies. The Green Party, on the other hand, also ses the state as having a major responsibility.

Does a strong state outperform liberalism?
How, and by what exact process, could a sustainable state ever see the light of day in Germany?
What are our alternatives?
We invite you to our online panel “Sustainability & Climate Change: Does a Strong State Outperform Liberalism?” via Zoom on Monday, July 5, 2021, from 10:00 am to 11:30 am (CET) to discuss these questions with Chandran Nair, Kristina Jeromin from the Green Party, and Dr. Lukas Köhler from the FDP. This English-speaking panel is organized and hosted by the Studienförderwerk Klaus Murmann of the Stiftung der Deutschen Wirtschaft (sdw). Nadja Schneider, an alumna of this foundation, welcomes you all as the moderator.

During the event, you can ask questions via the Zoom chat, which – time-permitting – will be taken up by the moderator as part of the discussion round.

Chandran Nair is the founder and CEO of the Global Institute For Tomorrow, an independent Pan-Asian think tank. He was chairman of Environmental Resources Management in Asia Pacific until 2004, and is a regular speaker at global forums, including the World Economic Forum, APEC Summits, and OECD events. He is a member of the Club of Rome and a fellow of the Royal Society of Arts.

Kristina Jeromin studied philosophy and political science. Her thematic focus and political concern is the development of a sustainable financial system. She is a Green Party candidate for the Bundestag in Hesse.

Dr. Lukas Köhler has been a member of the German Bundestag since 2017 and is the climate policy spokesman for the FDP parliamentary group. Since 2019, Köhler has also been Secretary General of the FDP Bavaria and an assessor on the FDP's federal executive committee.

Nadja Schneider, SDW Alumna, studied business psychology. In her master’s thesis, she implemented the ECG (a holistic approach to transforming the economy for people and the planet) in a company. She is a trainer in the topic of young professionals and sustainability at INFO GmbH.

Language of the event: English.
The event is free of charge.
Registration is required.
This online event will not be recorded.
The Zoom link to join the event will be sent one day prior to the event.
In case you have any questions, please contact: Mr. Jürgen Mense (sdw) via email: j.mense@sdw.org